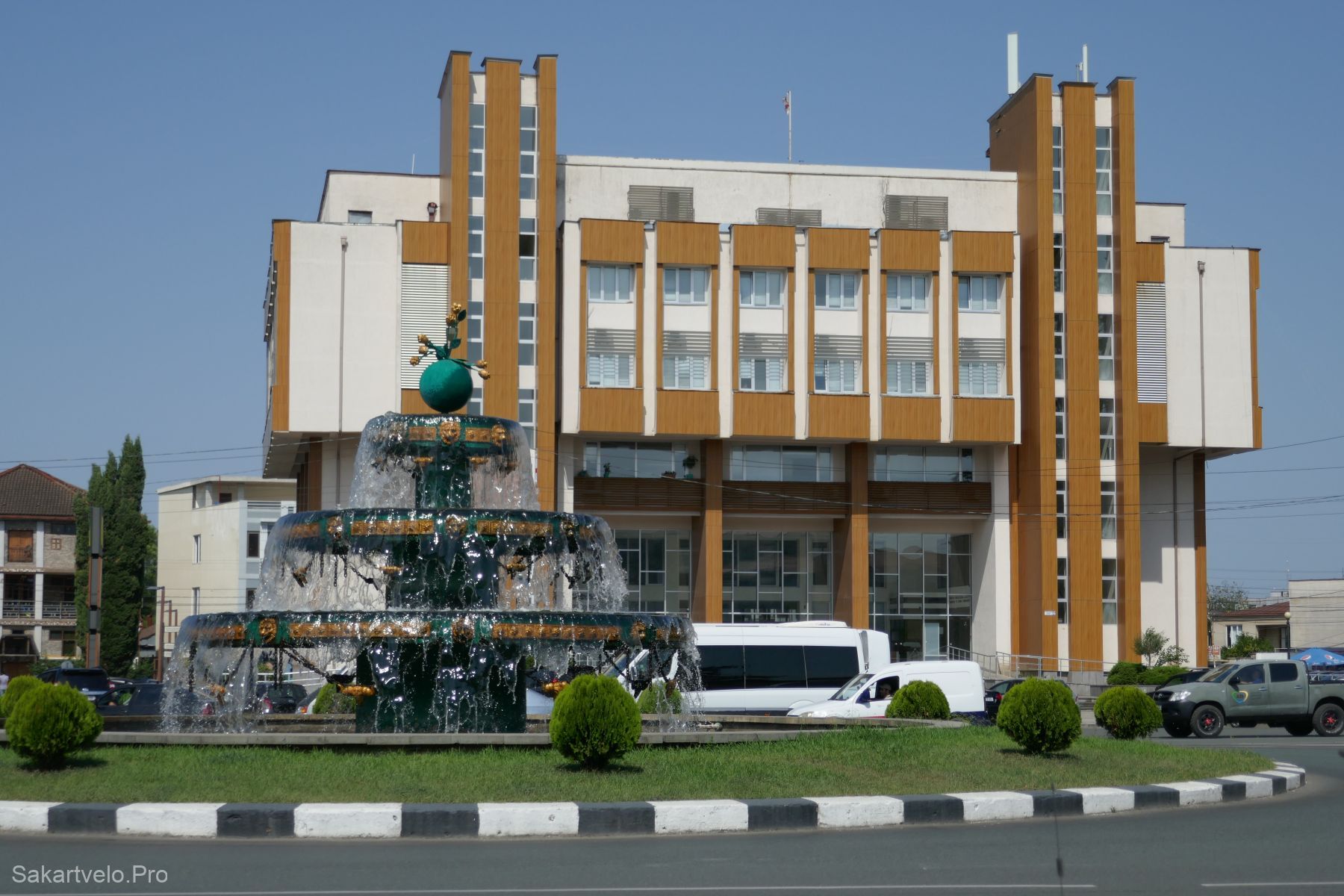 Zugdidi is a small administrative city with a population of about 50 thousand people. Its length is approximately 7 kilometers.
The city has a municipality, banks, social services, educational and medical institutions, a theater, operating enterprises, a market, post offices, hotels, cafes, a bus station, a railway station – all that makes the city a space of social ties.
The central street is Zugdidi Boulevard, with a beautiful pedestrian area under shady trees. At one end of it is Centralnaya Square, around which the main administrative buildings and banks are located, at the other – Freedom Square.
On this side of the boulevard is the Dadiani Palace – the residence of the ancient family of Megrelian princes. Now it is a museum with more than 50 thousand exhibits.
The ticket price is 5 GEL. Opening hours from 10 am to 6 pm. Monday is a day off.
Coordinates: 42.512087, 41.873929
In the 19th century, a large Botanical Garden was created around the palace. It was equipped by the best gardeners in Europe and now you can see a variety of plants in it, including plants of the subtropical zone. The age of the trees in the garden exceeds 200 years, some of them are unique.
The ticket price is 5 GEL. There is a system of discounts.
From 6 am to 9 am admission is free, as on the last Friday of the month.
Entry coordinates: 42.510687, 41.875097.
The Zugdidi railway station is located in the city center. It connects the region with the central part of the country. The station building is very conspicuous with its semicircular shape and white walls. It was built in 1940 in the Soviet Empire style.
There is a bus station next to the railway station. Buses and minibuses run to Tbilisi, Svaneti, Batumi, the Black Sea resort of Antalya and the surrounding area.
Coordinates: 42.509809, 41.860683
Nearby, behind the bridge, there is a large market. It spanned several blocks and here you can buy almost everything. Works seven days a week, just with different intensity.
The name Zugdidi literally translates as “Great Hill”. The development of the city began in 1918. Before that, there was a settlement of Dadi.
Zugdidi is the starting point for those traveling to Svaneti.
From here they go on a route to Lake Tobavarchkhili (Silver Lake). You can get to it only on foot and only in a limited period of time – from July to September. Places of wondrous beauty are not accessible to everyone.
7 km from the city are the ruins of the Rukh fortress – along the road from Zugdidi towards the border with Abkhazia, on the banks of the Inguri River, just behind the bridge.
This defensive fortification protected the lands from the attack of the Abkhazian feudal lords in the 17th century. Now on the site of the fortress, the remains of the walls, overgrown with moss and ivy.
The visit is free.
Coordinates: 42.564831, 41.854052
15 km from Zugdidi is the Tsaishi balneological resort with cold and hot mineral waters and therapeutic mud.
The spa waters have an antitoxic, antiseptic effect, puts the metabolic process in order, improves the condition of bone and cartilage tissue and skin.
The nature of Caishi is very beautiful. Colchis boxwood, luffa, tung, eucalyptus, laurel, yew berry are found here.
Caishi grows 600-year-old linden, 100-year-old magnolia and the rare Isabella grape.
The mountain air here is clean and fresh.
Coordinates: 42.433446, 41.804796
Transport departs from Zugdidi to the Black Sea resort of Anaklia. Blue buses cost 1 lari and white minibuses cost 2 lari. About what you can see in Anaklia, you can read here. 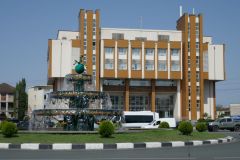 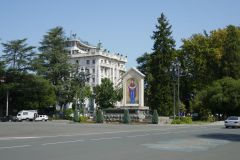 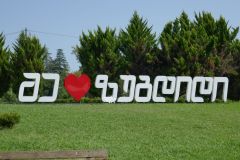 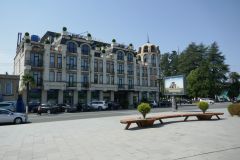 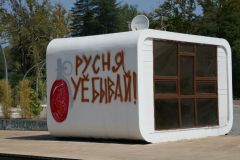 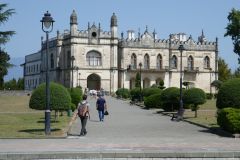 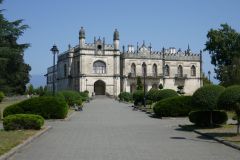 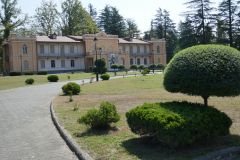 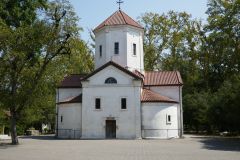 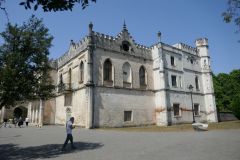 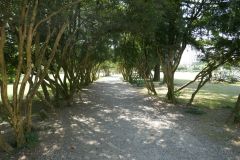 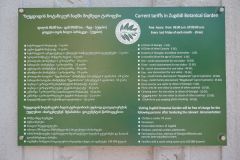 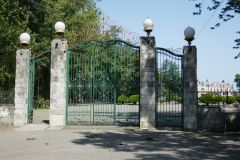 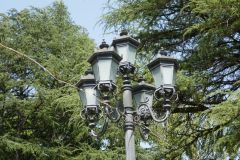 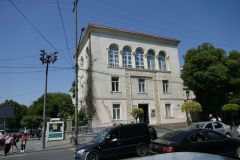 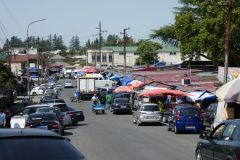